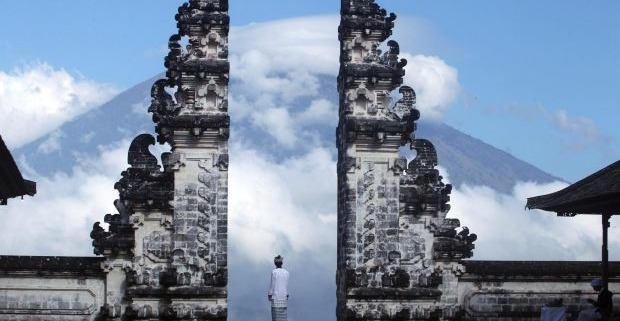 Out of 147 volcanoes in total, Indonesia has the largest number of historically active volcanoes (76), its total of 1,171 dated eruptions is only narrowly exceeded by Japan’s 1,274. (https://www.volcanodiscovery.com/indonesia.html)

Considered by the Balinese as the center of the world, the very sacred Mount Agung culminates at 3142 m. Its last eruption goes back to 1963, after more than 100 years of slumber.

Puri Dajuma being situated 80 km as the crow flies from Mount Agung the risk of being disturbed by the volcano is very weak.

As long as the Indonesian authorities decide to keep opened Bali’s Ngurah Rai international airport, which is also about 80 km from the volcano and with flights running as normal so far, we are pleased to welcome our guests in the safest and most comfortable way.

In the event of an eruption and ash clouds that could temporarily disrupt air travel, authorities have made preparations for flights to be diverted to seven regional airports, including on Java and Lombok islands. Dajuma being located at only 1h30 from the ferry to Java, it would be easy to get back home by flying from any airport in Java.

We wish you a lovely stay in the island of the Gods! 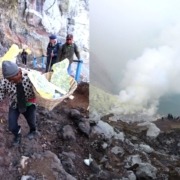 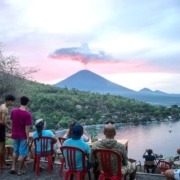 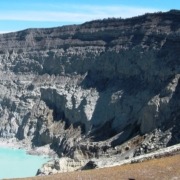 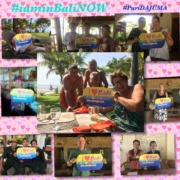 I AM IN BALI NOW

Want to join the discussion?
Feel free to contribute! 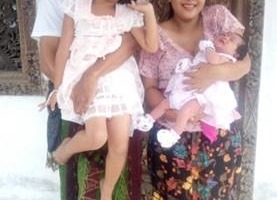 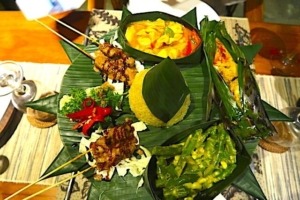 RIJSTTAFEL: A MUST OF INDONESIAN CUISINE Scroll to top

This site uses cookies. By continuing to browse the site, you are agreeing to our use of cookies.

We may request cookies to be set on your device. We use cookies to let us know when you visit our websites, how you interact with us, to enrich your user experience, and to customize your relationship with our website.

Click on the different category headings to find out more. You can also change some of your preferences. Note that blocking some types of cookies may impact your experience on our websites and the services we are able to offer.

These cookies are strictly necessary to provide you with services available through our website and to use some of its features.

Because these cookies are strictly necessary to deliver the website, refuseing them will have impact how our site functions. You always can block or delete cookies by changing your browser settings and force blocking all cookies on this website. But this will always prompt you to accept/refuse cookies when revisiting our site.

We fully respect if you want to refuse cookies but to avoid asking you again and again kindly allow us to store a cookie for that. You are free to opt out any time or opt in for other cookies to get a better experience. If you refuse cookies we will remove all set cookies in our domain.

We provide you with a list of stored cookies on your computer in our domain so you can check what we stored. Due to security reasons we are not able to show or modify cookies from other domains. You can check these in your browser security settings.

These cookies collect information that is used either in aggregate form to help us understand how our website is being used or how effective our marketing campaigns are, or to help us customize our website and application for you in order to enhance your experience.

If you do not want that we track your visit to our site you can disable tracking in your browser here:

We also use different external services like Google Webfonts, Google Maps, and external Video providers. Since these providers may collect personal data like your IP address we allow you to block them here. Please be aware that this might heavily reduce the functionality and appearance of our site. Changes will take effect once you reload the page.

The following cookies are also needed - You can choose if you want to allow them: